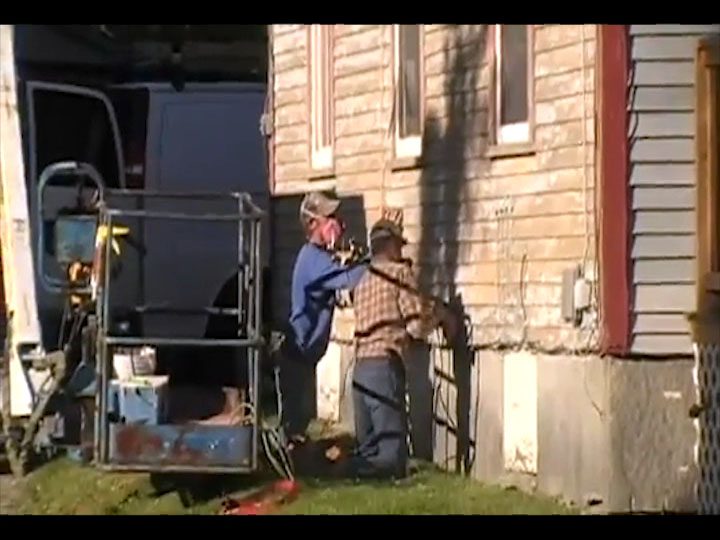 Crowdsourcing The practice of outsourcing a job or task that is traditionally performed by employees or a contracted company to a non-organized, usually large group of people, generally in the form of an open call or competition.

Note to self: Don’t break law in plain sight of your competition

Late last year, I found a long version of a YouTube video showing two men dry-sanding a residence in Rockland, Maine. The video was shaky and amateurish but had a series of captions describing a fairly complete list of alleged violations of the EPA's new RRP Rule, which mandates lead-safe paint removal practices on pre-1978 housing. I was searching for photos while updating a PowerPoint presentation on the Legal Aspects of the EPA Lead-Based Paint Renovation, Repair & Painting (RRP) Rule. I showed it to a group of contractors at my next seminar and heard some gasps. I warned: “Be careful, these days everybody has a video camera.” The seminar was one of my many efforts teach contractors about legal risk mitigation strategies. Lead paint dust is poisonous, especially for children.

At the time of the video, the EPA had not yet enforced any provisions of the new RRP Rule.  Prior enforcement had dealt with the long-standing customer notification requirements.  For instance, in July 2010 the EPA cited a Chicago area contractor called Hanson’s Windows and Construction and assessed a $784,380 fine.  The press release stated:

The “warning” rule being enforced here is the 1998 federal Pre-renovation Lead Information Rule, which requires that renovators provide homeowners, tenants and owners or lessors of child-occupied facilities with the “Renovate Right” pamphlet and obtain written confirmation that they have received it. The purpose of the rule is to protect families during renovations in housing built before 1978.

This complaint has no connection to the recent Renovation, Repair and Painting Rule that went into effect April 22, 2010. The 2010 rule concerns new and additional requirements for renovation and repair worker training and certification.

According to an EPA press release dated May 16, 2011, the EPA has now charged a Rockland, Maine contractor with violations of the Renovation, Repair & Painting (RRP) Rule.  The contractor, Colin Wentworth, had actually completed the EPA 8 hour course but had failed to take the extra administrative step to “certify” his firm.  Wentworth was also charged with the following alleged violations:

The enforcement grew out of an interagency investigation: “According to information gathered by inspectors from the Maine Department of Environmental Protection, the U.S. Department of Labor’s Occupational Safety and Health Administration (OSHA) and EPA, two workers employed by Colin Wentworth of Rockland failed to contain dust and debris generated by lead paint removal activities during a repainting project in October 2010.”

Pictures are worth a thousand words and a video must be worth more.  The EPA admits that it was tipped off by a YouTube video.

The (alleged) violations were brought to EPA’s attention via an anonymous tip linking to a video of the violations, posted on YouTube and taken in October 2010. The video documented workers using power equipment to remove lead paint from an exterior wall of a residential building without using any containment for lead-containing dust and debris.

[UPDATE (5/31/11): YouTube removed the original full video for unspecified violations of the Terms of Service. It was annotated by someone who called out specific violations.]

The EPA is officially seeking to expand and enhance its enforcement through crowdsourcing. The press release invites anonymous tips and makes it easy for people to drop a dime on violators stating:

This case highlights the importance of high-quality tips that include the name, address, and phone number of the person who allegedly violated the rule, and contain details about the violations observed. While every such tip doesn’t always result in a formal enforcement action, EPA follows through on tips to identify if violations have occurred and if public or environmental health has been jeopardized.

The EPA RRP Rule presents a new layer of legal exposure for contractors.  In addition to the direct risk of a jobsite inspection, there is a real ongoing risk if recordkeeping is sloppy.  As the YouTube video demonstrates, anonymous complaints from neighbors, owners, residents, or even competitors can trigger an investigation.

In this situation, the contractor not only violated the RRP rules (even after following mandatory training) but also violated the rule of common sense. In my experience in the industry since 1976, I have seen that the more out of sight a project is, the less scrutiny it receives from code enforcement, neighbors, and competitors. In this case the contractor chose to go on public display, across the street from a commercial contractor paint store. Need I say more?

Updated prime contracts, subcontracts and recordkeeping practices can greatly mitigate risk.  Contractors should also check with insurance brokers to see if their Commercial General Liability (CGL) insurance policy covers lead paint (probably not). Insurance brokers catering to the construction industry now offer very affordable pollution insurance products.  You can’t fully eliminate the risk of mistakes but there are many small steps that should be taken to reduce risk.