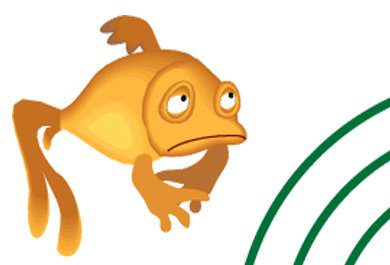 Most of my pre-law school building experience was in New England. Besides the ever changing weather, differing subsurface site conditions presented a variety of challenges. Ledge is commonplace but very hard to predict whether a nearby outcropping would interfere with excavation. Water well depth was typically difficult to predict even by drillers with local experience. And, most challenging was dealing with groundwater, especially flooded basements.

Even with perc test holes, the distance from the septic field to the foundation increased the odds that the groundwater level in the excavation was different, or upon digging a spring was found.

In Seattle, as a construction lawyer in the 1990s, I was called on frequently by owners to help diagnose and remedy wet or flooded foundations. One memorable project was a dream house being constructed by a tech millionaire. Soon after the foundation and then the slab were poured, the basement filled up with over a foot of water. The framers and follow on trades referred to it as a "pond" and started to buy and release gold fish. Funny, not funny to the owner.

This particular project had multiple points of failure, mostly within the control of the contractor. Like actor Jim Carey in his version of The Grinch ("solve world hunger; tell no one"), the contractor discovered an underground spring flowing through the foundation hole, and told no one.

As the case developed, we discovered that a temporary pump was used to dewater the excavation while the footings and foundation walls were placed. Despite the fact that water was present, the contractor did not take any extra steps to seal under the slab (e.g., bentonite clay sheets) or seal the foundation wall. Corrugated plastic foundation drain was installed and the foundation coating was the time-honored black mastic.

Our investigation showed that the drains, coating, and backfill were rushed before the hole could fill up with water. A literal coverup.

Eventually the truth came out after a licensed professional engineer with extensive water intrusion experience was retained as an expert. The contractor, now caught and threatened with termination, agreed to re-excavate the foundation perimeter and make repairs. Upon further inspection, we found the source of the spring entering the building footprint and also discovered that the footing drains had not been pitched properly or protected from silting. The engineer specified new rigid footing drains, as well as a comprehensive waterproofing system for the foundation walls.

One would assume that the contractor would, after having already been caught covering up shoddy work and now under the oversight of a PE and construction lawyer, follow the detailed specifications. The PE's repair specifications expressly required inspection of all corrections before cover. Never assume. He was actually caught starting to backfill before the inspection. We were able to force him to re-re-excavate because the spec was clear.

Why was not trusting the contractor's word at this point the best decision? Legally, even after goldfish lost their habitat, and even if the basement remained dry for a period of time, the building was known to be defective for a period of time. Is this knowledge a disclosable real estate defect? Does it need to be listed as part of the mandatory disclosure in a sale? Is it fraudulent to hide information about a once-flooded basement?

"It depends" is always the best answer, and not just because I have practiced law for 30+ years. Builders, engineers, and architects know that unfinished buildings do not function correctly until all the systems are intact. For example, basements may flood until the finish grading is sloped away from the building. Another example is that basements may flood until gutters and downspouts are installed to direct rainwater away from the foundation.

But in this case, the source of the water is "latent." It is unseen, underground, and not quantifiable using standard metrics for rainfall. It is the kind of defect, if not addressed or disclosed, could lead to a claim of fraudulent nondisclosure following a real estate sale.

When faced with a future disclosure predicament, each case is different but I believe that there are some guidelines. A reasonable strategy when a latent defect is discovered is to remedy it with a design, build, inspect process. A licensed professional investigates sufficiently to develop a design. Specifications are written and those specifications are incorporated by reference into a change order modification of the existing contract or a new contract with a repair/replacement contractor. The specifications require that the design professional inspect each of the key milestones to ensure (and document) that the repairs meet the specifications, and the contractor must warrant the repairs for a reasonable time under the circumstances.

Arguably, in most cases this application of building science upon the advice of a licensed design professional by definition removes the defect. Especially if the basement in this example never shows signs of seepage or water intrusion in the future, there is no defect and therefore no duty to disclose something that no longer exists.

This strategy of design, build, inspect might in most circumstances also be seen as an upgrade. Instead of owners fearing that disclosure might harm market value, disclosure could increase value.